New Chelsea co-owner Todd Boehly raised the hackles of some of English football’s most annoying people last week when he suggested that the Premier League could learn from America and consider introducing an All-Star-style game to boost TV revenue. “US investment into English football is a clear and present danger to the pyramid and fabric of the game,” thundered Gary Neville on Twitter, in an emblematic reaction. “They just don’t get it and think differently.”

In response many have pointed out that pundits like Neville owe their very livelihood to the Americanization of English football: without the influence of America’s example, the whole shebang of the modern Premier League – as a business structured around massive TV deals, as an endlessly mediatized spectacle, as a hegemonic cultural form – would not exist. Suggestions like Boehly’s are directed at furthering the commercialization of English football; this is not “thinking differently”, but the very essence of the sport as it has developed over the last three decades.

But there’s a further irony here, and it’s one that warrants closer examination as European football travels deeper into its suicidal spiral of salary inflation, bailouts, spending, and debt. The merit of gimmick matches like Boehly’s mooted North v South encounter notwithstanding, the American model of professional sports – in which spending is restrained by salary caps, player acquisition is tamed by pre-season drafts, and commercialization has to contend with a form of collectivism – offers a way for leagues to live within their means while ensuring even competition. Starting in the middle of last century, America – the most intensely capitalist society on earth – developed equalizing structures in professional sports, even as its leagues ruthlessly exploited every opportunity to turn the spectacle of athletic competition into profit.

England – in football at least – went in a different direction, embracing commercialism without embedding American-style restraints to ensure equality of competition at the highest levels of the sport. Some quite spectacular cultural inversions have flowed from this divergence. America – the land of 24-hour service, calorific overload, and the ten thousand-dollar emergency room visit – is now a paradise of sporting equality, a country that has seen 12 different winners in the last 15 Super Bowls.

Over the same period England – cradle of socialized medicine, the local pub, and the village green – has become a footballing oligarchy, with only five different clubs winning the Premier League. If competitive balance is essential to preserving the “pyramid and fabric” of English and European football, as it surely must be, there is much the Old World can learn from the New – a point that Uefa president Aleksander Čeferin, a consistent if unsuccessful advocate for Europe-wide salary caps, has recognized.

How have these two sporting cultures diverged so sharply over the past few decades? The answer has its roots in timing and the very particular development, in each country, of the relationship between labor and capital. The three biggest professional sports in America are all subject to equalizing restraints: the NBA and the NFL both have salary caps, baseball disciplines spending via a luxury tax, and all three hold a draft to ensure the even league-wide distribution of young talent. It’s one of American sportswriting’s laziest cliches to refer to this as a form of “socialism”. In fact, these structures emerged through the second half of the 20th century as the expression of a distinctly American form of capitalism. Professional American sport as we know it today owes as much to strikes, lockouts, and collective bargaining as it does to sponsorship, merchandising, naming rights, or any of the other dealmaking machinations that are usually thought to symbolize the corrupting influence of money in sport.

Employee unions in professional sports began to emerge after World War II: the National Basketball Players Association was originally formed in 1954, and football and baseball saw the foundation of similar bodies in 1956 and 1966 respectively. Sports unionism emerged in America during the heyday of the postwar compact between organized labor and the business establishment, when union representation was high and it was widely accepted that the economy would function best when the rights of workers and the interests of owners were reconciled. The relationship between player bodies and team owners was unapologetically antagonistic from the beginning: “This is going to be an adversarial relationship,” Marvin Miller, the first head of the Major League Baseball Players Association, announced to players in 1966. “A union is not a social club. A union is a restraint on what an employer can otherwise do. If you expect the owners to like me, to praise me, to compliment me, you’ll be disappointed.”

Though overall union membership across American society fell in the decades after 1980, the power and influence of unions in sport did not – and America professional sport’s foundational organizational constitution, as a shared business venture that took shape through negotiation between players and owners, remained intact. The introduction of salary caps in both the NBA (in 1983) and the NFL (in 1993) was the result of direct negotiation between owners and unions; collective bargaining remains a core feature of all the big sports in America today, and the relationship is just as antagonistic now as it was at its inception. Unionization played an important historical role in English football – the PFA, led by Jimmy Hill, famously secured the abolition of the wage cap in 1961 – but in general, player unions in Europe and England enjoy nothing like the institutional centrality of their American peers.

Unionization in the big US leagues emerged at a time when all the big issues of modern sport – player mobility, revenue generation and TV rights, wage sustainability, and talent distribution – were up for grabs simultaneously. In the years that followed the war, television rights were seen – as they are still seen today – as key to the long-term financial viability of professional sports. American TV in the 1950s and 1960s was heavily regulated but dominated by three independent private operators (CBS, NBC and ABC) – another point of distinction from the UK, where ITV was the only commercial network until the early 1980s.

In the early 1960s NFL commissioner Pete Rozelle negotiated an exclusive two-year, $9.3 million deal with CBS to televise regular and post-season games. This was an extraordinary amount of money for its time, but the true genius of the deal was in its collectivity: where previously teams had negotiated their own rights deals individually, with richly uneven results (prior to the CBS deal the New York Giants received $350,000 a year for their TV rights, while the Green Bay Packers received just a tenth of that sum), Rozelle convinced everyone to secure a single network deal and distribute the windfall evenly across all the teams in the NFL. This, more than any other, was the deal that launched professional sports in America into the modern age, enshrining the collective good as a paramount objective of US sports administration.

But money – serious money, the kind that was only possible in a big, comparatively competitive TV market like postwar America’s – also brought a security to American sports that catalyzed negotiation over other chips on the bargaining table. The carrot of TV money sweetened the stick of salary caps and drafts, giving owner-player negotiations a kind of simultaneity – the character of a contest over everything at once – that has been less evident in English and European football. By the time negotiations with ITV and BSkyB began in the early 1990s over the formation of the eventual Premier League, for example, issues like transfer mobility and wage limitation had already been largely settled in the players’ favor, and there was no robust American-style history of player-owner bargaining to draw on.

The American experience was different; all these issues were sorted out at once, not in a piecemeal fashion as in the UK. In 1983, NBA players agreed to a salary cap in exchange for a majority share of TV revenue. In 1993, after a series of debilitating work stoppages and lockouts, the NFL introduced a salary cap while granting players the freedom of inter-club movement that they had long been denied. These landmark deals, along with the commitment to league-wide parity that Rozelle’s CBS sale ensured, have set the tone for the administration of professional sports in America in the decades since. As Los Angeles Lakers president Jeanie Buss said in 2011, commenting on a new NBA-wide revenue sharing agreement, “We want a league with teams that are economically viable so that every team has the opportunity to compete. It makes for a healthier league.”

America’s judiciary has done its bit to uphold these collectivist principles. Several of the first big TV deals and collective bargaining agreements, in particular those that introduced salary caps and drafts, were challenged in court on the basis that they were anti-competitive. American anti-trust law, with its roots in the monopoly-busting crusades of the Progressive Era, has long held that restraints on trade are permissible where they are necessary to the success of a joint venture. Courts have upheld the legality of structures like the draft and the salary cap on the basis that professional sport’s product is competition itself.

In 2010, the Supreme Court noted that restraints in the NFL might be justifiable when they are motivated by the need to ensure the league’s overall success or “competitive balance”. Competition law has also been deployed in English football, most notably in 1963, to abolish the “retain and transfer” system that inhibited players’ freedom of movement. But it’s unclear how much protection British law, especially post-Brexit, would offer mechanisms for ensuring even competition in the modern game. The salary cap introduced in Leagues 1 and 2 at the start of the 2020-21 season failed a legal challenge, though this mostly seemed to reflect sloppiness in the scheme’s design.

Strong unions, the omnibus nature of player-owner negotiations in the postwar years, and the unusually collectivist tradition of American competition law: together, these three factors explain how America evolved to have far more egalitarian structures in professional sports than England. The contrast between the two countries is not between US-style socialism and British laissez-faire, as is sometimes claimed: it is a clash of capitalisms. The transformation of English football in the 1990s was part of the collapse of the Keynesian postwar settlement and the broader turn toward the market initiated under the Thatcher government.

Reagan’s America witnessed its own neoliberal conversion toward the end of the last century, of course, but by the time it was in full swing the basic terms of sports professionalization had been set, and the factors that give American sport its unique character – player power, collective bargaining, and a welfarist attention to the common good, all of them relics of the postwar New Deal order – were no longer negotiable. English football got all the icky commercialism of American sport but none of its comfort with redistribution.

The results in England today are well known: runaway player salaries, ludicrous transfer fees, a new breed of billionaire owners untroubled by ordinary notions of financial sustainability, and a lopsided competition that realistically only two or three clubs stand any chance of winning. These problems have excited talk of empowering a regulator to fix English football. One place to look for solutions might be across the Atlantic. Despite legitimate anger among fans at US-inspired initiatives like the failed European Super League, the creeping influence of America in football need not be universally bad.

There are, of course, important differences between American and English sport that complicate an exact transposition of models: promotion and relegation are alien concepts in the US, and none of the big American sports has anything like the multiple tiers of professional competition that Europe’s big football nations boast. Football is also genuinely international, which makes implementation of equalizing mechanisms like the draft and the salary cap far trickier than it is in the US’s smaller sports. England won’t be able to emulate all the institutional restraints of American competition. But that’s no reason not to try. 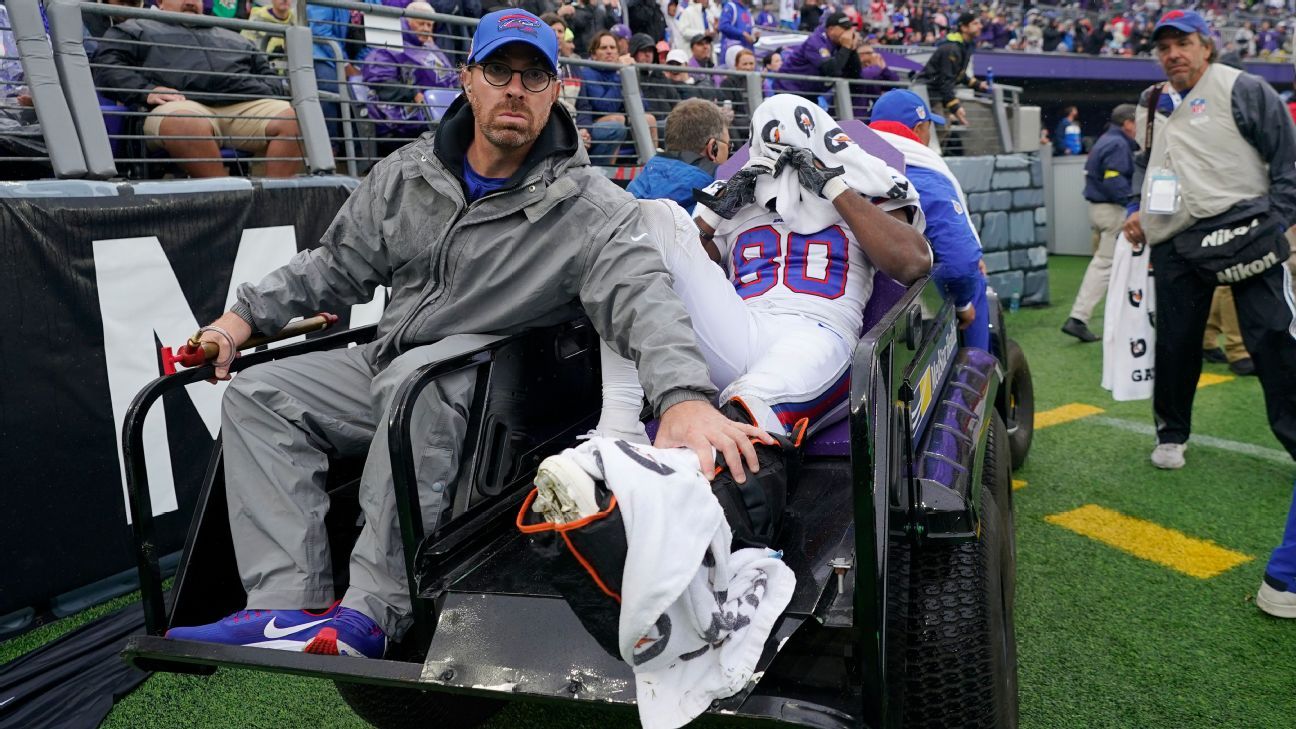